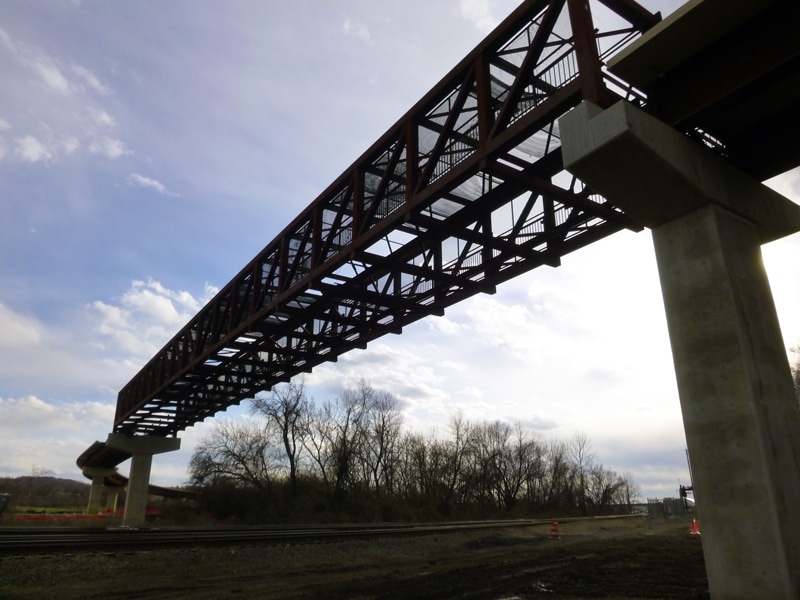 In January, we reported that construction had stalled on the Anacostia Riverwalk Trail bridge over the CSX tracks on the east side of the river. It appears construction activity has restarted at the bridge site with DDOT posting photos on their Facebook page of a large crane posting the bridge’s main span.

We took a field trip to the site and snapped the photo above to see the progress ourselves. The bridge’s main span is now in place. Final work will include the bridge decking and finishing the approach ramps. Take a minute and read the Anacostia Waterfront Initiative’s update on their project website explaining the progress, which says that a spring opening of the bridge is expected.

We want to thank DDOT for making the completion of this bridge a priority.