We hope you’re coming to BikeFest on Fri., May 3. The annual BikeBuild contest is back for the third year in a row!

Local bike shops and co-ops were invited to build the best, most innovative, and creative bicycle as their entry. We encouraged the shops to use recycled parts, and all bikes had to be built without spending more than $250. This year’s BikeBuild participants are The Bike House, City Bikes, Papillion Cycles, and Phoenix Bikes. At BikeFest, you’ll vote on your favorite build. After votes are collected, all the bikes will be auctioned off. All proceeds raised will go directly to WABA and will help support another year of bike advocacy, education, and outreach. Many thanks to the participating shops for donating skills, time, and parts. We’ll be profiling each shop here leading up to BikeFest, beginning with Phoenix Bikes. We talked to Edoardo, Phoenix Bikes’ shop manager, about participating in the BikeBuild contest:

WABA: Tell us about Phoenix Bikes. Phoenix Bikes: Phoenix Bikes has supported local youth in the D.C. metro area since 2007, providing a safe, nurturing, and educational environment that reinforces teamwork, hard work, and entrepreneurship through bike maintenance and education programs. Since our launch, we have had the opportunity to sponsor more than 300 youths and provide more than 1,500 refurbished bikes to the community. Almost all the materials we use to build, teach, and sell are recycled. The donated bikes, components, and tools are saved from their untimely end at the landfill and live on through what we do. 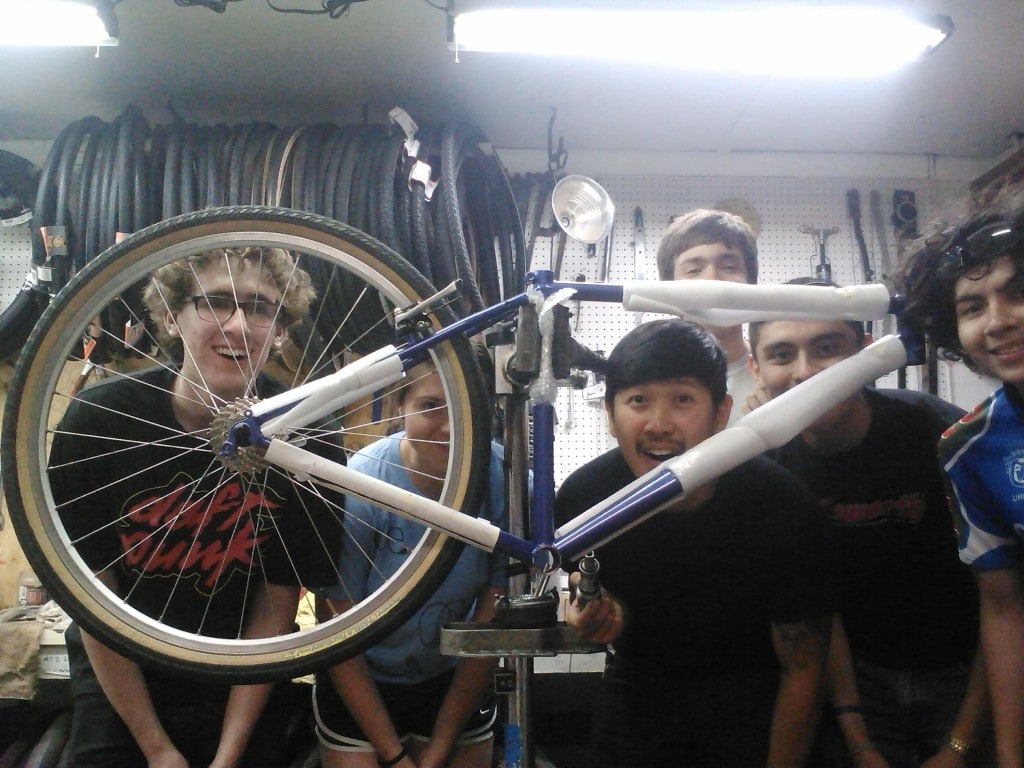 Seven teens worked on Phoenix’s BikeBuild entry with Edoardo. They overhauled the wheels, prepped the frame for painting, and installed parts.

WABA: Tell us about the bike you’re building. PB: For WABA’s BikeBuild Contest we wanted to create a bike that is functional, durable, and classy. The inspiration for this bike came from a bike that was seen in Portland, Ore. It was a commuter bike whose beauty shined through its functional and elegant style. For our build we used a mountain bike platform to give the bike more versatility. This is a super commuter-plus bicycle for the ladies. We see the owner riding this bike on paved and gravel trails, in bike lanes, on singletrack, and on bike tours. We say commuter-plus because we hope the rider uses it as their go-to get-around one-bike quiver. If the owner wants, they can swap the rigid fork for a suspension fork (and perhaps the bars) and take this rig on some sweet singletrack. The majority of the materials we used for this bike are donated and recycled materials. We did, however, use some new accessories to make our ride more classy, functional, and ready for anything the trail throws at it. 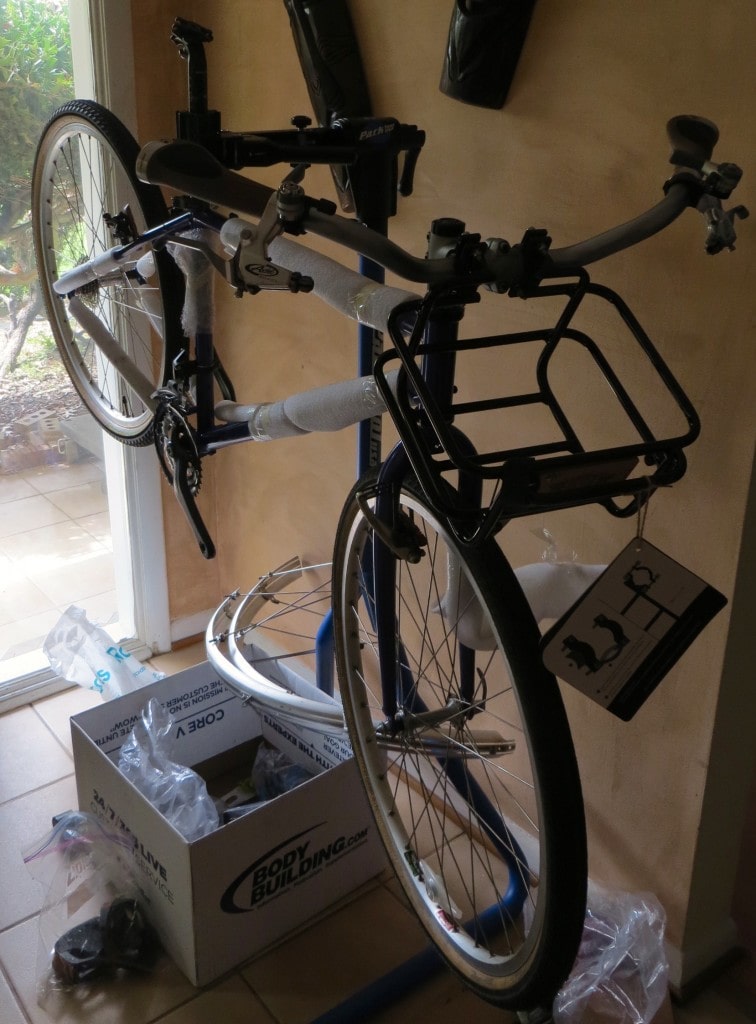 WABA: What do you hope D.C.’s bike community looks like in 10 years? PB: I ride in D.C. on occasion, and can’t really speak for what I hope it looks like in 10 years in terms of the bike community. I know that the Capital Bikeshare program is one of the most successful bike shares in the country. I also know that D.C. has a growing number of bike lanes and bike parking throughout the city. What I do hope to see 10 years in the Northern Virginia and D.C. bike communities are more bicycle-friendly businesses, businesses that encourage employees to ride to work by offering incentives, showering facilities, parking, and more. I hope to see the continued growth of bicycle infrastructure throughout the area. Lastly, I hope to see more and more folks embracing cycling as viable form of healthy, green, transportation. 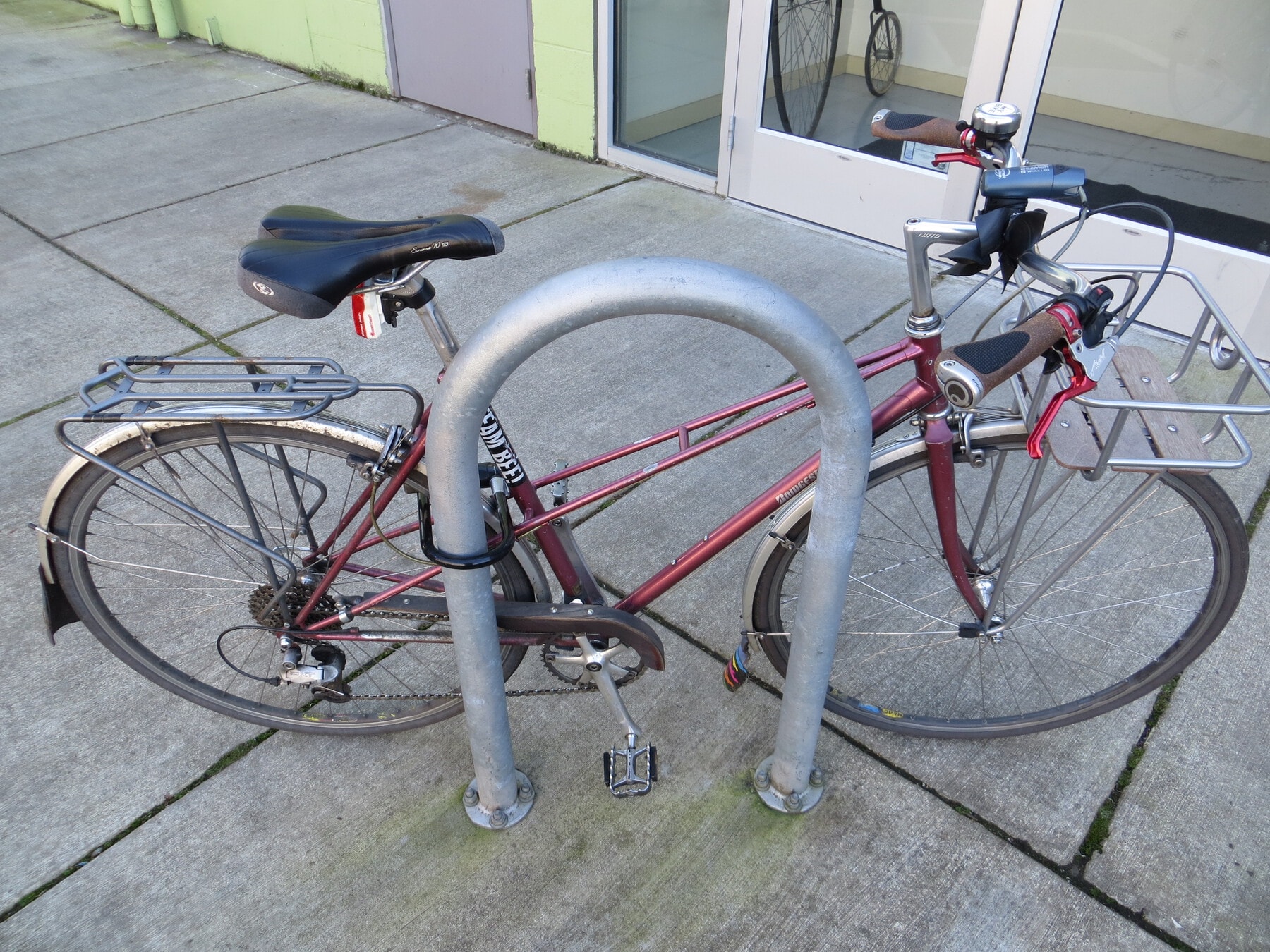 Edoardo says that this bike, outside of the United Bicycle Institute in Portland, was the inspiration for Phoenix’s build.

WABA: What’s Phoenix Bikes up to this spring? PB: This spring is as busy as ever at Phoenix Bikes. We are participating in various events such as the Del Ray Bike Swap on May 11, Bike To Work Day on May 17, the Knock ‘N Roll Fundraiser for Phoenix Bikes by T3 Honu on May 18, and the New Belgium Tour De Fat on June 1st. Want a chance to bid on Phoenix Bikes’ new build and bring home a new ride? Buy a BikeFest ticket today!