by Jeff Lemieux  Cross-posted at Greater Greater Washington. Suitland Road, a major thoroughfare in Prince George’s County, offers nothing for people who walk, ride bikes, or take the bus. There’s enough room to make the road nicer and safer for everybody, and the cost would be tiny.

Proposal for Suitland Road. Illustration by the author.

Suitland Road is a rural-style, two-lane road that passes through a nondescript commercial patch on the way from DC to the Suitland Federal Center. It has no sidewalks or bike lanes between Southern Avenue in DC and Silver Hill Road in MD, and and its wide traffic lanes (16 feet in some places) encourage speeding. However, it will soon be the hub for new development next to the federal center and near the Metro station. 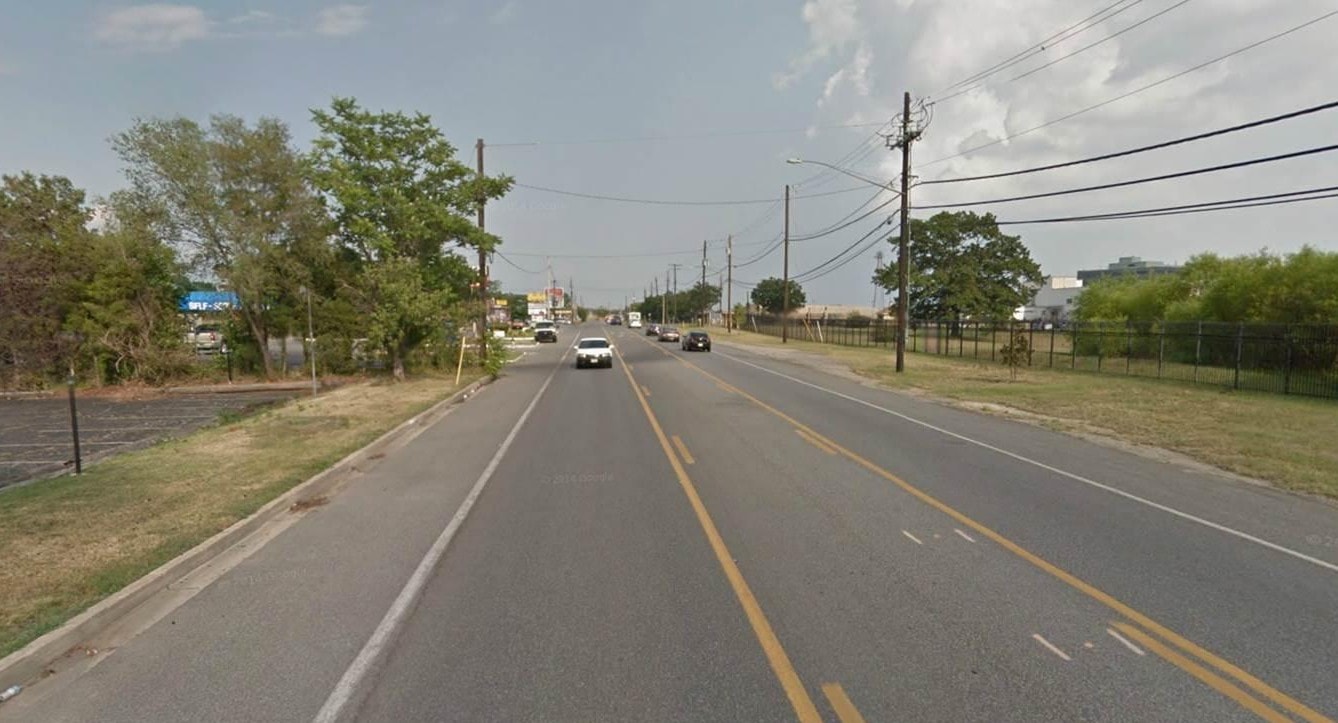 Suitland Road in its current condition. Photo by the author.

The Washington Area Bicyclist Association Prince George’s action committee has made transforming Suitland Road into a bike friendly space a top priority for 2015. The committee published a proposal to repurpose Suitland Road’s wide traffic lanes, center turn lanes, and shoulder space to a street with protected space for biking and walking on either side. There’d be no need for additional asphalt, or even sidewalk paving.

Suitland Road between Maryland and DC. Image from Google Maps.

All things considered, the suggested changes are cheap