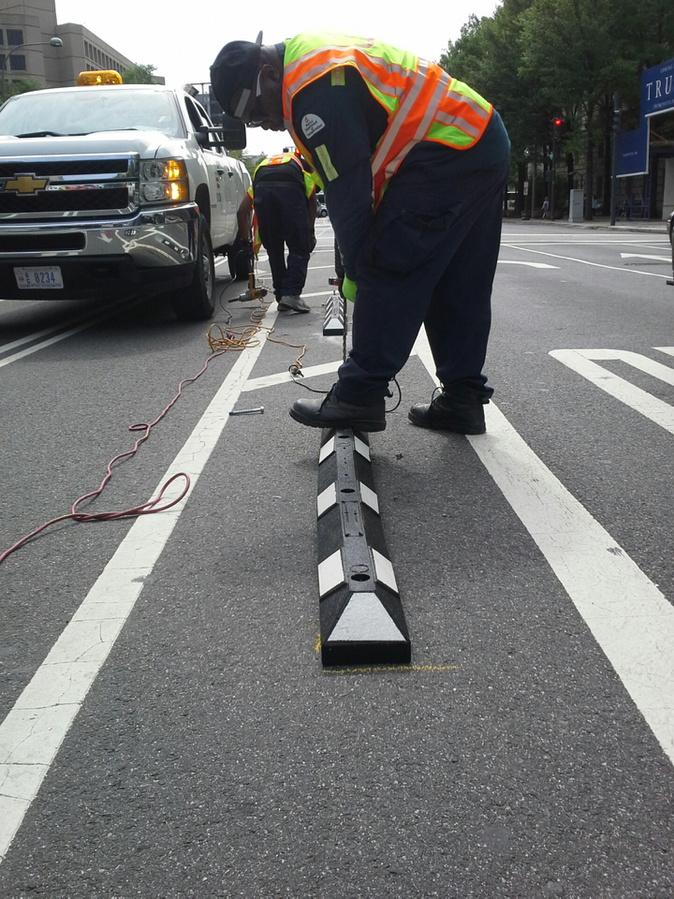 The District Department of Transportation announced Friday that they will install protective rubber parking curbs along the Pennsylvania Ave NW bike lanes. Installation of the rubber parking stops began Friday morning and is expected to be completed within the next week (or two). DDOT Director Leif Dormsjo and Associate Deputy for Policy Sam Zimbabwe made the announcement Friday morning at the Freedom Plaza Bike to Work Day Pit Stop. “Following extensive formal observation of the traffic patterns on this segment of Pennsylvania Avenue NW, the District Department of Transportation (DDOT) has determined that low-profile barriers are effective at discouraging drivers from making illegal U-turns” wrote in their Letter to WABA. 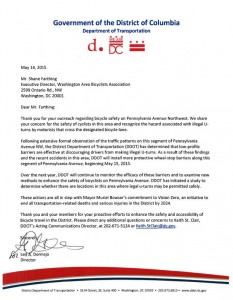