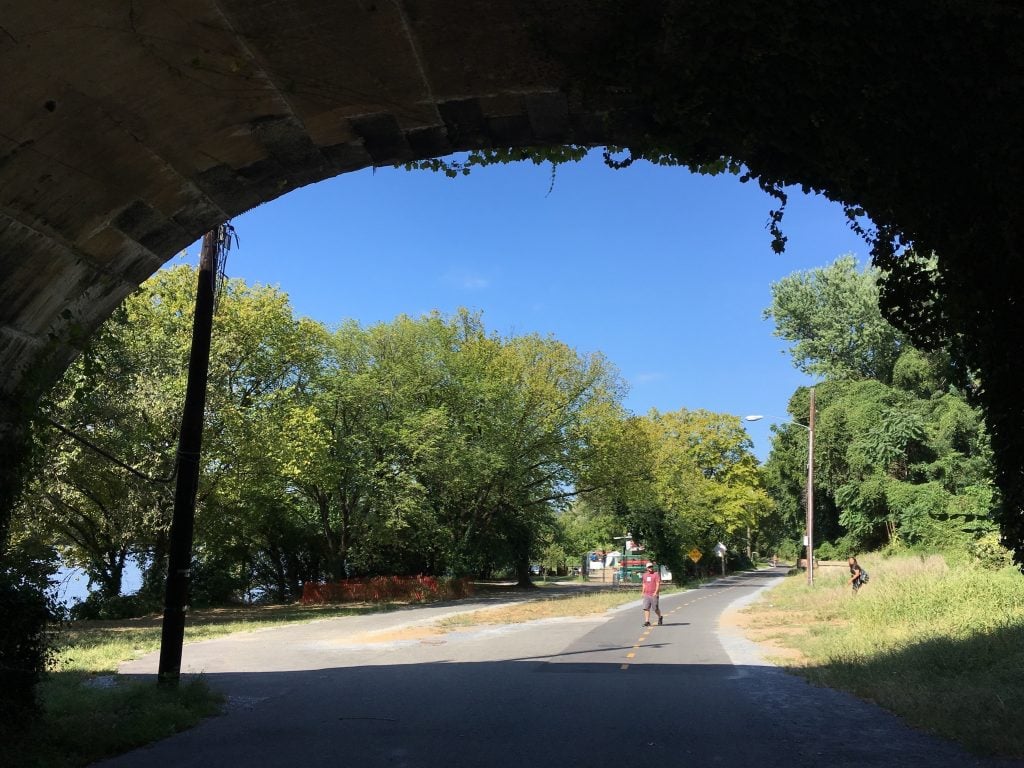 The southern terminus of the Capital Crescent Trail. Photo by Kevin Posey.

Last week, I had one of the nicest bike rides of the summer. I cruised blissfully down the Capital Crescent Trail, soaking in the views of the Potomac and enjoying the shady tree cover. But the transition back to the on-street bike network was a harsh one, and my trail euphoria evaporated immediately. For those of you who have ridden or walked along the Capital Crescent Trail and finished the trip at the southern terminus in Georgetown, you probably relate to the experience. 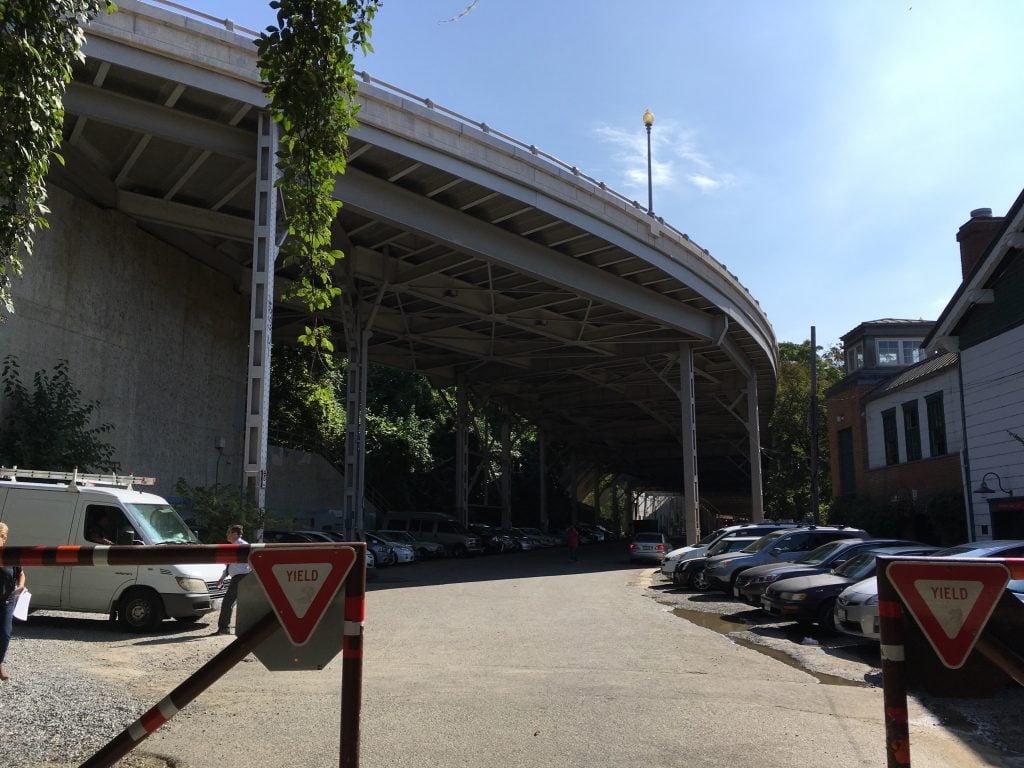 The Capital Crescent Trail ends at the dead end of Water St. NW.

The K Street/Water St NW situation is a scary one for bikes. Between the U-turning buses, trucks and vehicles, frustrated rush-hour commuters, lots of back-in parking, and missing sidewalks that force people to walk in the street, there is no clear area for cyclists to position themselves to avoid conflicts. And despite thousands of people using the corridor every day, it remains a mess. Fortunately, there’s a plan to transform the corridor into something that works for people on bikes and on foot. The Georgetown Business Improvement District (Georgetown BID) and District Department of Transportation (DDOT) are working to provide a better solution for K Street/Water St NW (this is the road beneath the Whitehurst Freeway- it is Water St. on the western end, and turns into K St. at Wisconsin Ave.) between the southern terminus of the Capital Crescent Trail (near Potomac Boat Club) to Rock Creek Park Trail, just east of 29th St. NW. With funding through Metropolitan Washington Council of Governments (MWCOG) Transportation-Land Use Connections Program, the project has taken off. Since January of 2016, Georgetown BID and DDOT have been gathering information and assessing the corridor, as well as reaching out to the public and business owners. They produced the conceptual design for the corridor in June 2016, and WABA and other stakeholders recently received an on-the-ground tour of what the concept plan entails.

Here’s what we learned: 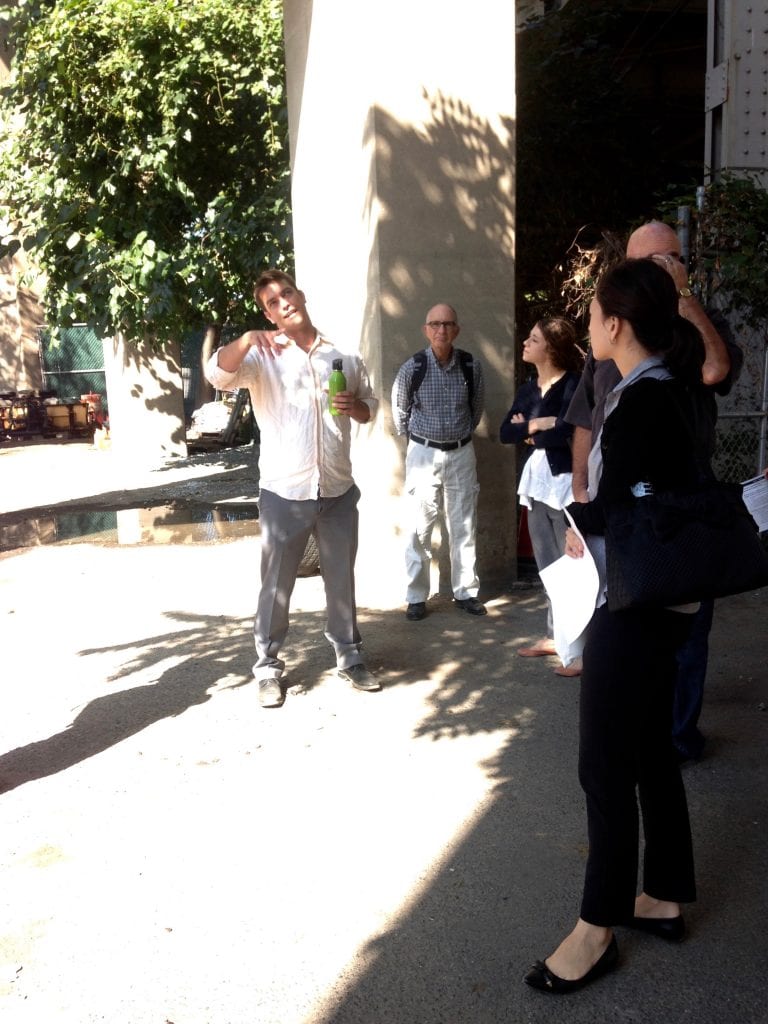 Will Handsfield from Georgetown BID explains the specifics of the concept plan.

But it’s not all about bicyclists and pedestrians. 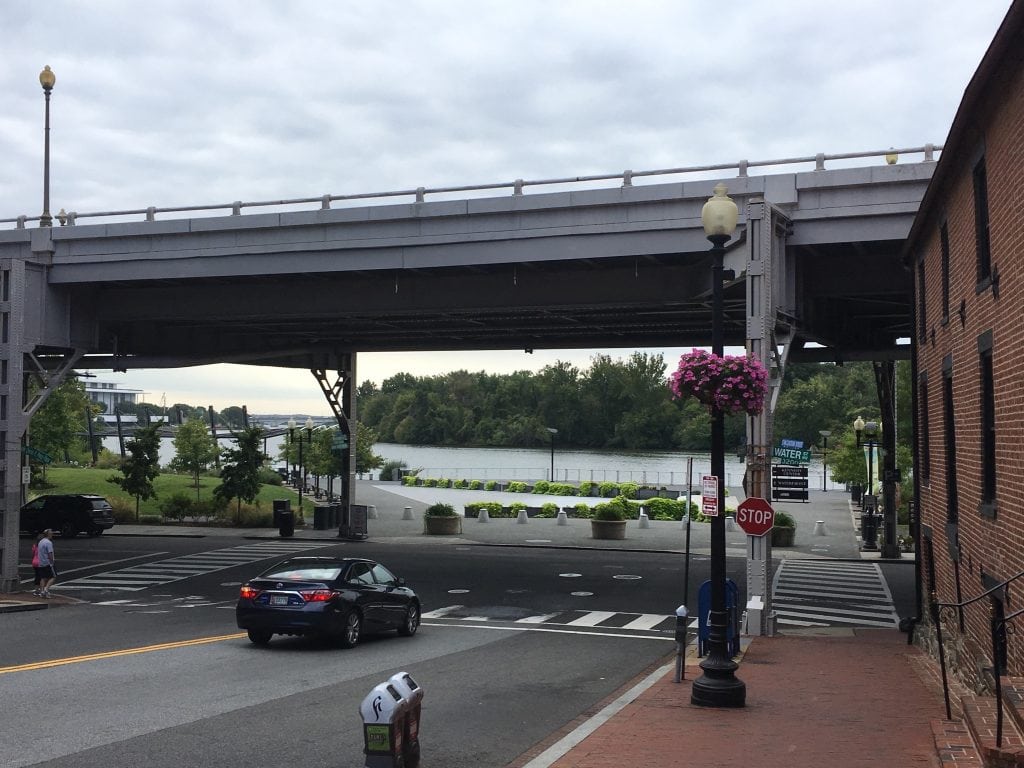 The concept plan is compatible with future long-term plans. There is an opportunity for a really neat bridge over Rock Creek at the eastern end of the corridor. This isn’t pie in the sky. It’s realistic, and many want to see it implemented.   Something to note: The improvements in the concept plan relate to a current NPS Environmental Assessment regarding non-motorized boathouses in Georgetown. NPS has five proposed sites for new or refurbished boathouses along the waterfront. The Georgetown Nonmotorized Boathouse Zone Development Plan EA is open for comments until Sept. 30. We encourage you to comment! We thank DDOT and Georgetown BID for their work on this project, and are excited to be part of the next stage.