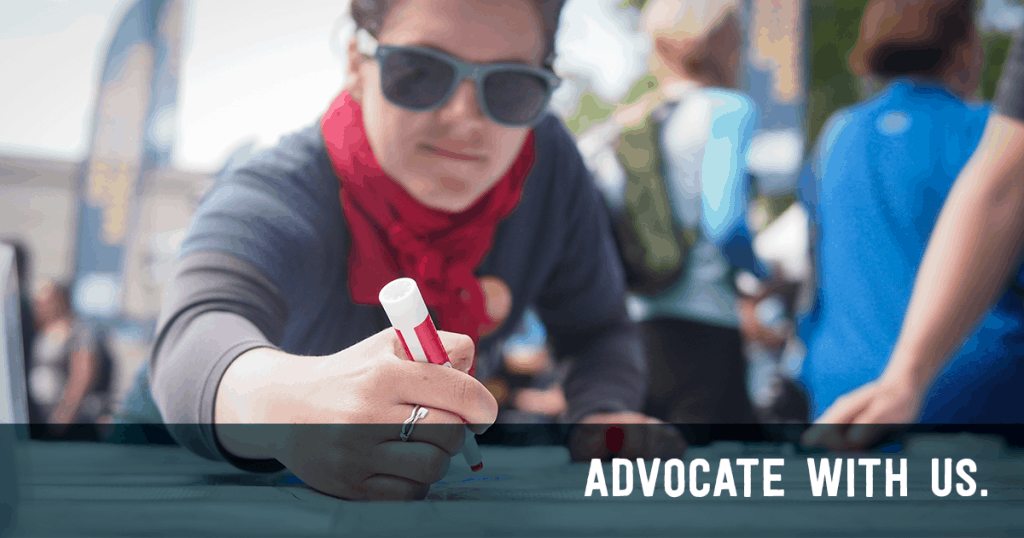 Very rarely do bike lanes and trails get built, or laws that make bicycling safer get passed, without advocacy.  And while WABA works across the region— in Arlington, Alexandria, Fairfax County, Prince George’s County, Montgomery County and the District, we only contact you, our members and supporters, to take action on bike infrastructure projects and laws specific to your neighborhoods. This semi-monthly Roundup is a bigger-picture view of our work across the region and behind the scenes.

Earlier this year, the Montgomery County Executive’s budget recommended a $4.3 million cut from the proposed budget for the County’s parks. This would render the County unable to maintain and repair major portions of its trail system. WABA supporters contacted County Board members requesting that funding be reinstated, and testified at the County Capital Improvements Program public forum. You can read our letter to the County Board here.

How about a bicycle and pedestrian bridge across the Patuxent River?

The Washington, Baltimore and Annapolis Trail (WB&A) is a 12-mile rail trail in Prince George’s and Anne Arundel County. It’s a wonderful trail— except that it has no connection over the Patuxent River. No bridge means the two segments of the trail are totally disconnected. This critical gap that stands in the way of what could be an incredible trail experience. Hopefully, that’s about to change. Read more.

The District Department of Transportation (DDOT) was supposed to select a preferred route for building a protected bike lane through Shaw more than a year ago. Rather than selecting just one of the four preliminary alternatives, DDOT is taking the highly unusual step of moving two alternatives to 30% design, slowing down the process even further. Design and construction of the final selected alternative could take another 12 to 18 months. Tired of delays? Read more and take action here.

Plans for bike lanes on Washington Boulevard weakened to save parking

To appease a vocal minority, Arlington County weakened what had been popular plans to add almost a mile of bike lanes in both directions from East Falls Church Metro to Westover.  In the revised plans, five blocks of eastbound bike lane are detoured off the Boulevard to keep on-street car parking. This adds unsafe conflict points at seven intersections, an uncontrolled crossing of N Ohio St, and many driveways. Read more.

Biking along New York Avenue NE is not for the faint of heart. High speeds and no bicycle infrastructure along much of the corridor makes it a loud, scary ride. To address these concerns, DDOT is working on streetscape improvements from Florida Ave east to Bladensburg Road NE. Read more.

Laws passed in Maryland this session that prohibit coal rolling, create a task force to study bicycle safety on Maryland highways, and clarify the rights of bicyclists to use crosswalks where they are allowed to use the sidewalk or trail. A bill that would have allowed Montgomery County to lower speed limits and a bill clarifying that State Highway Administration can use HAWK signals did not pass.

What to do when construction blocks your bike lane

DC law requires that when a bike lane is closed for construction, an equally safe accommodation, free of hazards and debris, must be provided. This has been the law since 2013. Unfortunately, we know from experience that violations occur around the city on a daily basis. Here’s how to spot and report suspected violations.  Read more.

In January, Alexandria committed to Vision Zero, the initiative to end all roadway fatalities and serious injuries by 2028. The first step in reaching that goal is developing an action plan. The city is soliciting feedback from citizens via this survey and crowd-sourced map to help them locate and fix dangerous road conditions. 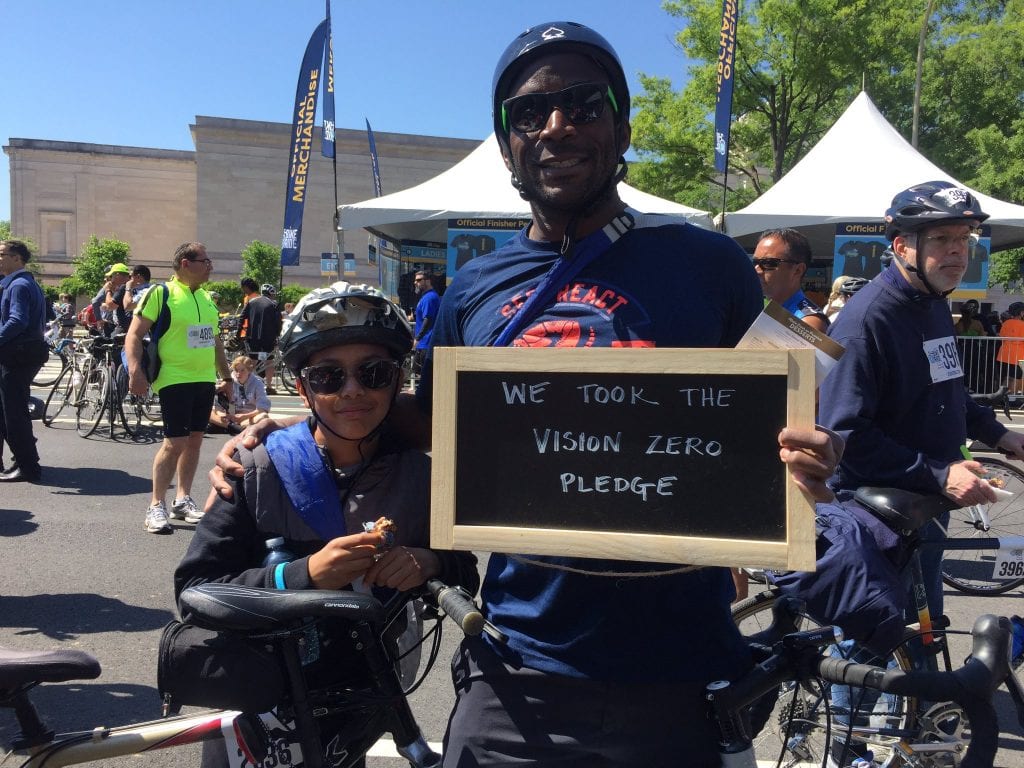 Are you on your local WABA Action Committee?

All across the region great people are working to fix our streets to make biking safe and popular. They meet each month to share ideas and work together for better places to bike. Whether you’re looking for a fun group, a new cause, or a wonky policy discussion, our Action Committees have it covered. See what we’re doing in your community and join us for the next meeting.

Downtown West Transportation Study Citizens Advisory Group Meeting -The goal of the study is to improve east-west travel for pedestrians and cyclists on Pennsylvania Avenue NW and public transit along H and I Streets NW.  Planners will present a summary of public feedback, give an overview of the three alternatives and discuss next steps for the project. June 20, from 6:30-8pm at George Washington University’s Funger Hall (2201 G St NW, Washington, DC 20052) in Room 223.

Montgomery County Bicycle Master Plan – The County Planning Department is seeking public input about the bicycle network. They will host a series of five meetings to present the bicycle master plan and address questions and concerns. Click here for more details.

WABA in the news:

How Is D.C. Doing One Year Into ‘Vision Zero’ Plan To Eliminate Roadway Fatalities?

6 Tips to Stay Safe When You Bike in DC

3 things to check before you hop on your bike

Have comments, suggestions, or questions about WABA’s advocacy work? Send them to advocacy@test.waba.org.