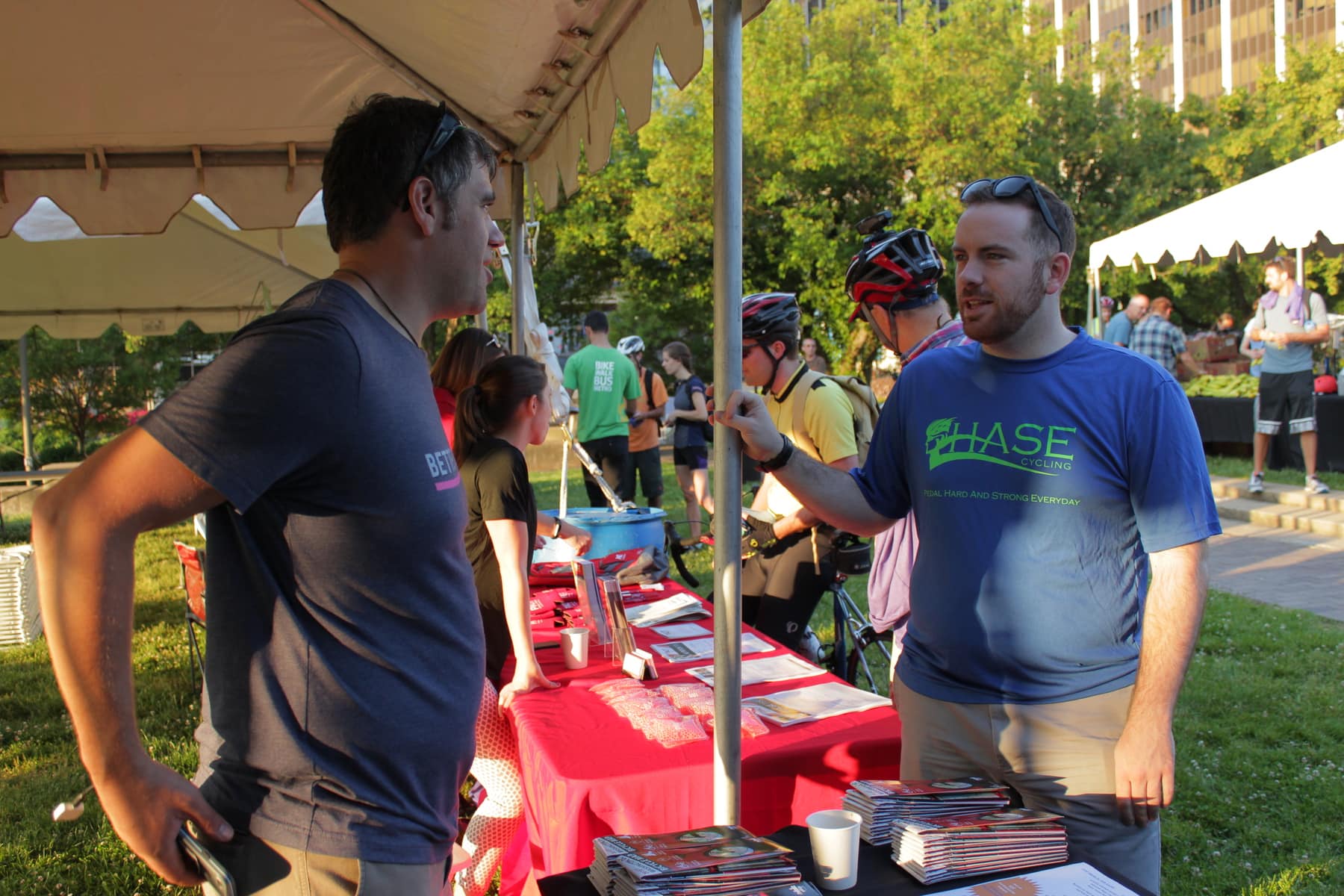 Hey there! Welcome to our semi-monthly advocacy Roundup. WABA’s most ambitious advocacy campaigns are directly funded by our members. Your support gives us the freedom and flexibility to work on the issues that matter most, and to expand the limits of what is possible. If you appreciate the improvements you see for biking around the region and the value of having your voice heard, please chip in. 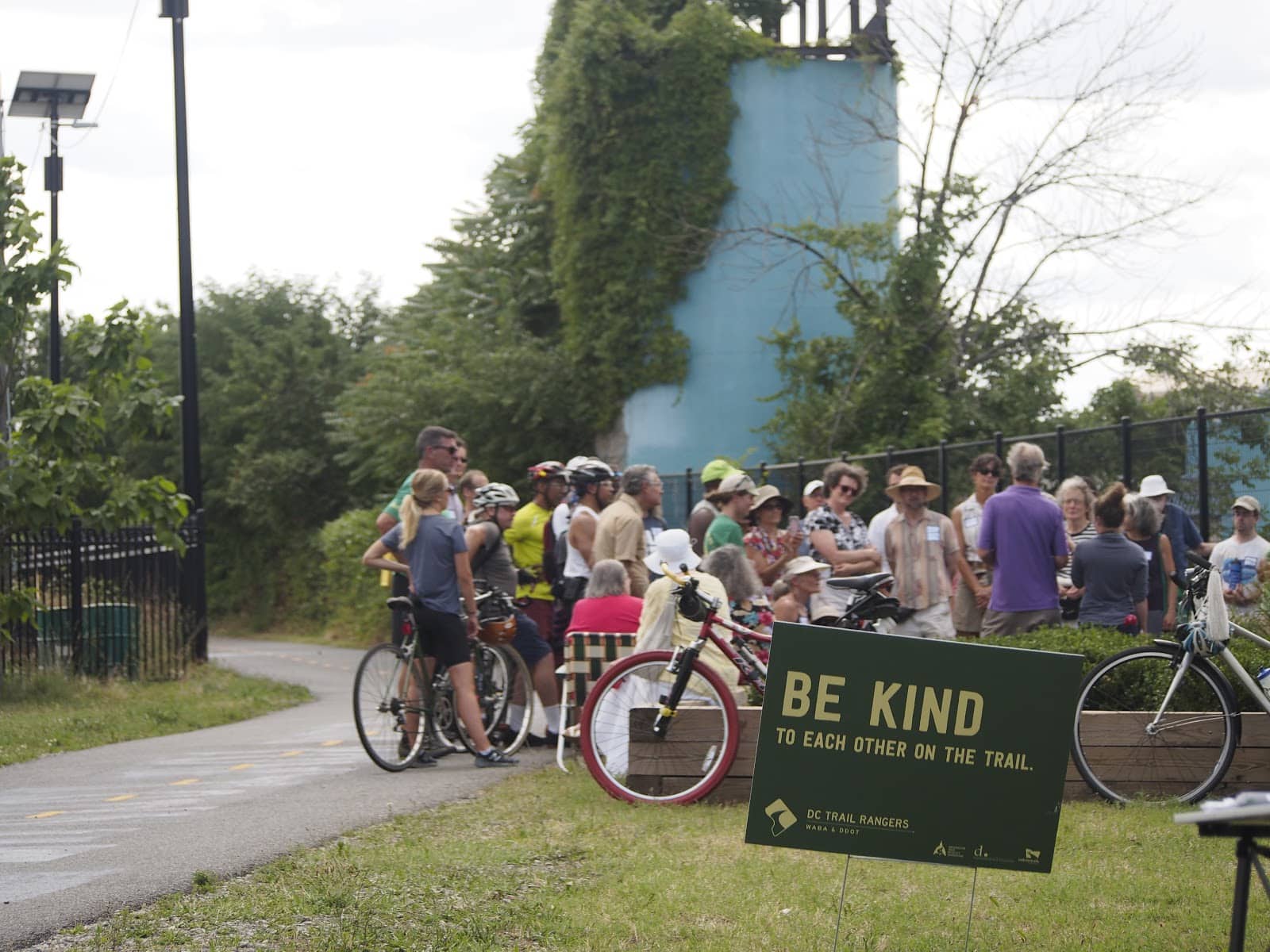 WABA and the Capital Trails Coalition recently honored Paul Meijer with a dedication of the tulip garden near the Rhode Island metro station. Paul was one of the Met Branch Trail’s “super-advocates,” who worked since the mid 1980s to get the trail built. Read more.

The County Council has officially adopted the Bethesda Downtown Master Plan. It includes a massive improvement to the reach and quality of the Bethesda bicycle network, to be built out over the next 20 years. Big improvements to the plan include more proposed bikeways, great specificity, and some good news for Arlington Road!  You can read the full list of approved changes here. A final complete version of the plan should be available soon. 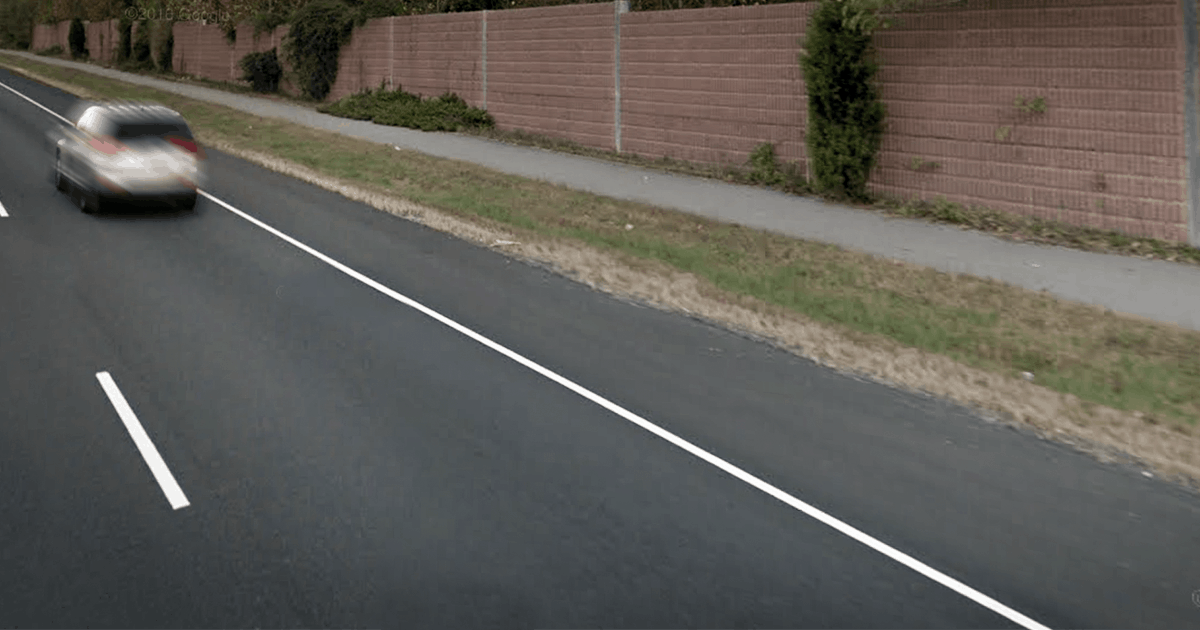 As part of the I-66 highway expansion, the Virginia Department of Transportation is building a new trail from Dunn Loring to Centreville. This is an amazing opportunity to create trail access to the W&OD, the Cross County trail, the Custis Trail and others, creating one of the longest trails in the region. Unfortunately, in many sections, the trail is squeezed between the highway and the sound barrier, which limits access, exposes users to pollution, and makes for an extremely unpleasant trail experience. VA residents may take action here. Read more about the Transform I-66 project here, at Greater Greater Washington here, and on the Fairfax Advocates for Better Bicycling blog, here.

Bad news, then good news for the Purple Line and Capital Crescent Trail

WABA has supported the Purple Line for many years because it will improve the trail connections between Bethesda and Silver Spring and along much of the transit corridor in Prince George’s County. In early July, a federal appeals court ruling allowed the Maryland Transit Administration to restart construction activities on the 16 mile transit and trail project.  Read more. 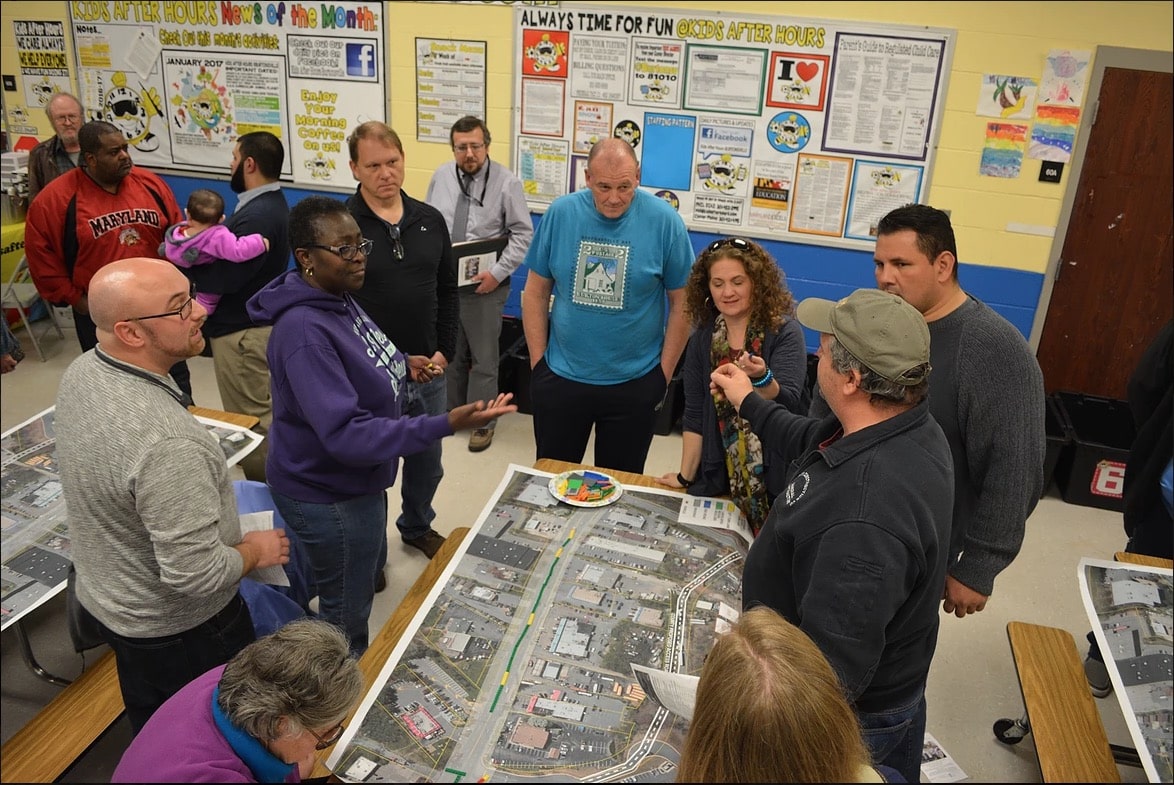 MD-198 is in desperate need of major safety fixes. It is an important connection between neighborhoods and activity centers, but its design is unsafe for everyone who uses it; impassable for walkers, and too stressful for people on bike. To address some of these problems, the State Highway Administration (SHA) is making plans to improve MD-198. On June 19, SHA hosted a public meeting to present their plans for the corridor and to get feedback from residents. Read more about the project here. 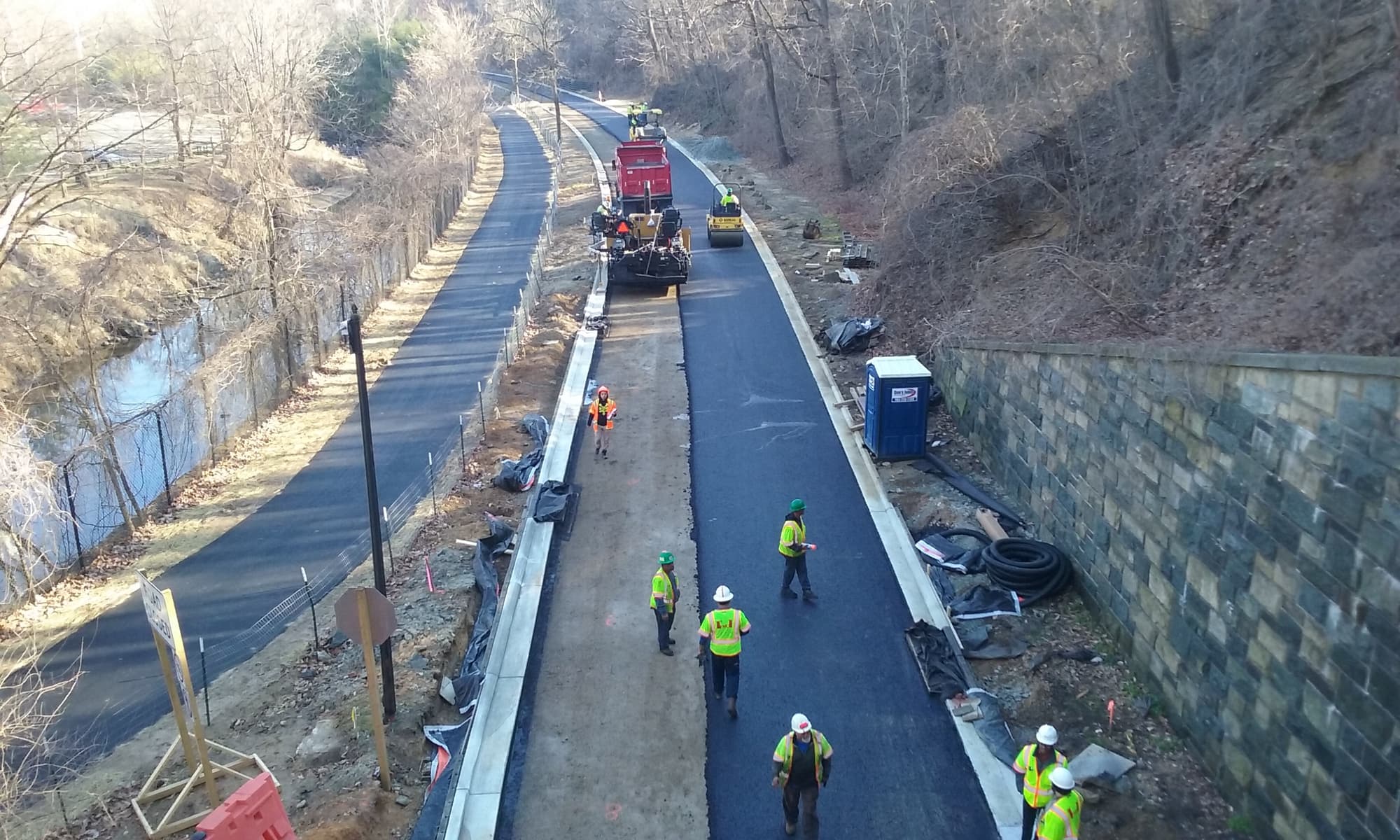 We’re eight months into the reconstruction of Beach Drive and the Rock Creek Park Trail. In total, this will be a 3.7 mile trail reconstruction, but it’s broken into four segments. Let’s take a look at the status of the project, and what’s on the horizon for this summer and fall. Read more.

Great news! The preferred design to improve the stretch of Pennsylvania Avenue west of the White House includes protected bike lanes on both sides of the street, and wider sidewalks. View the project documents here.

DDOT hosts training for contractors and utility companies about how to work around bike infrastructure. 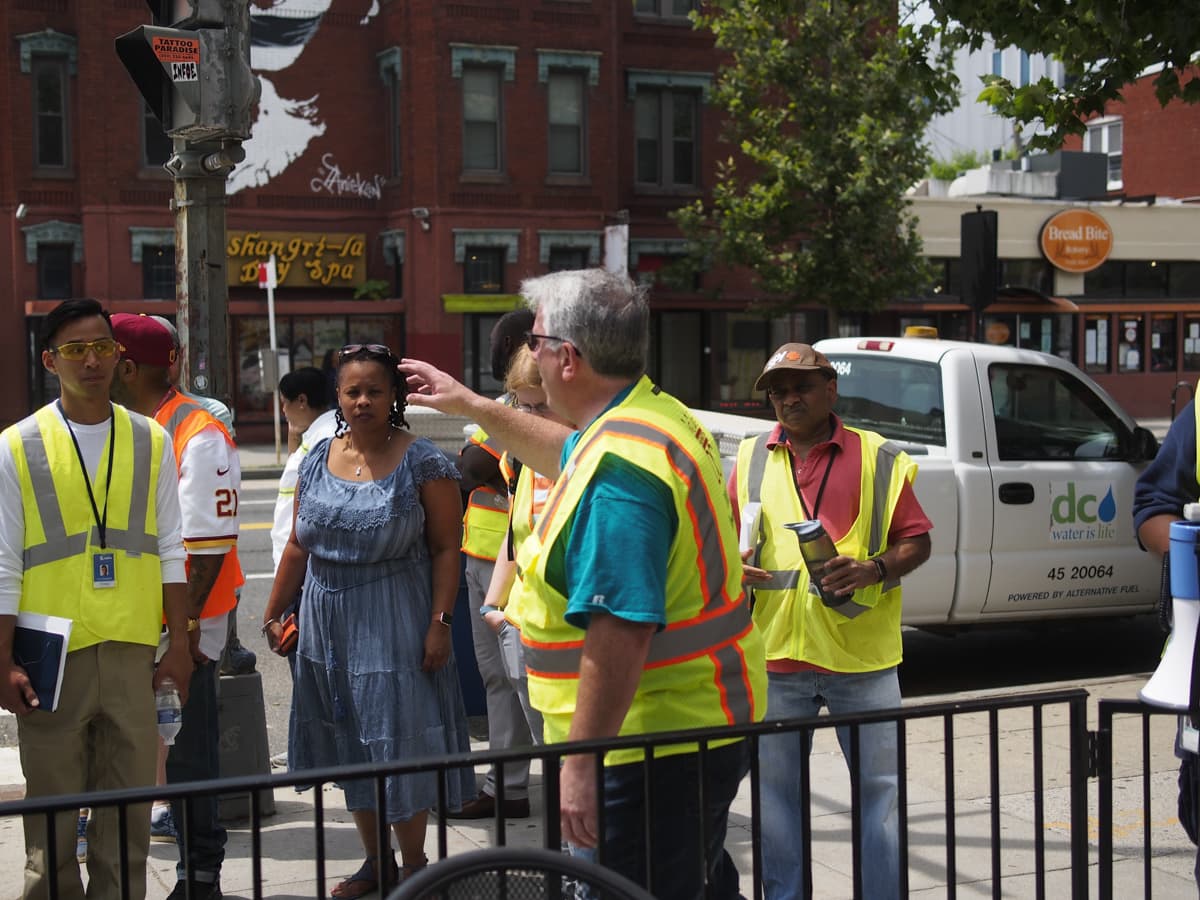 After three years of work, The District Department of Transportation has released guidelines that advise Public Space Permit applicants how to properly accommodate bicyclists and pedestrians during construction or other road closures. Read more.

But if they get it wrong: 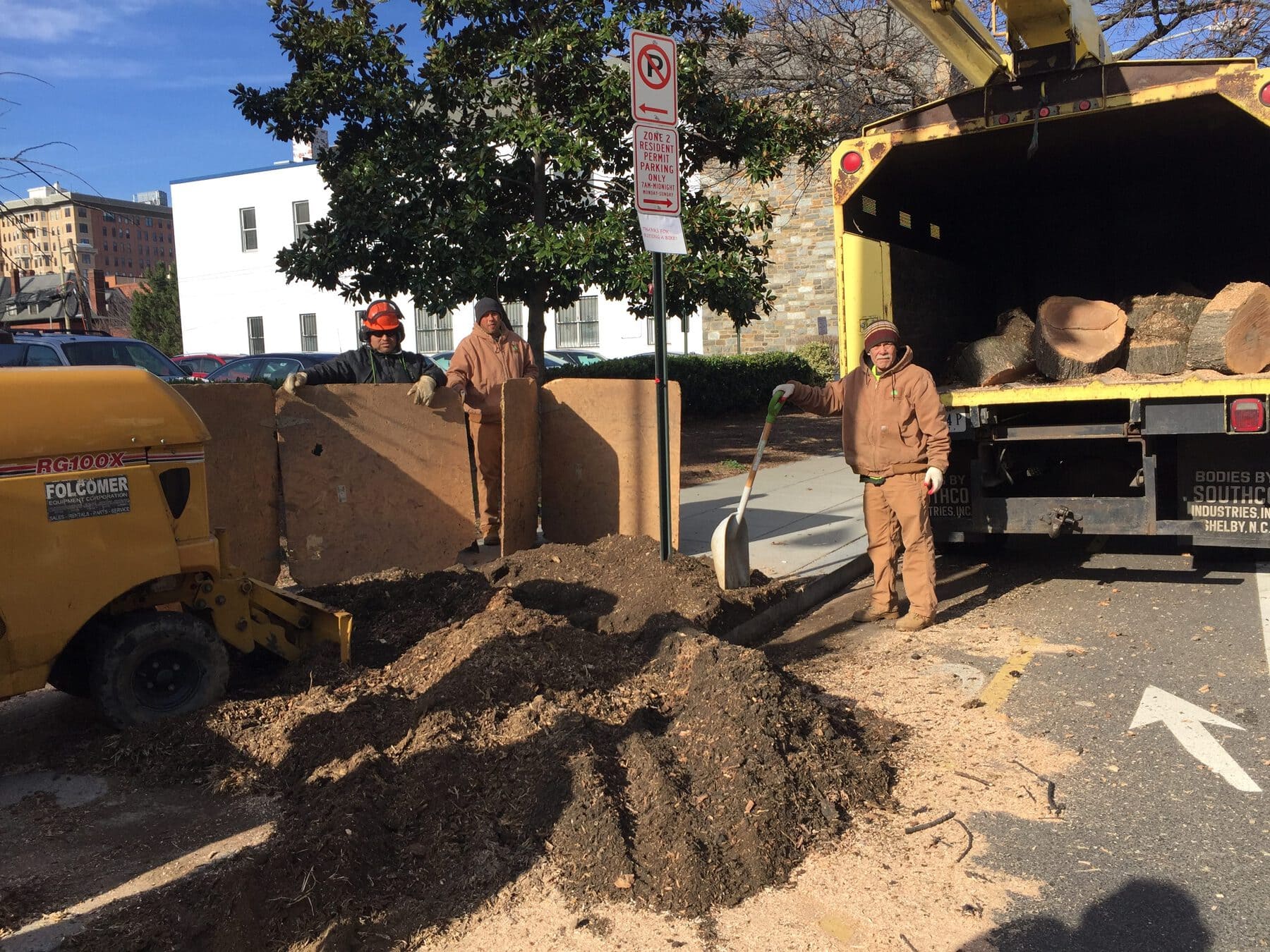 We built this complaint form to report construction blocking a bike lane or sidewalk. Details. The form notifies DDOT’s permitting office and our advocacy team.

Alabama Avenue is a key east-west corridor for Wards 7 and 8, providing connections to neighborhoods, commercial areas and the Metro. But crash and speed data show that it is a hazardous road for anyone who uses it. Read more.

Sherman and Grant circles will get bike lanes

DDOT has been considering safety changes to Sherman and Grant circles for years. Reducing speeds and reducing lanes are among the best options for increasing safety and decreasing crashes. Unfortunately, citing concerns about traffic congestion, DDOT has determined it’s not feasible to remove a traffic lane from Grant circle. However, Sherman circle will go to one lane and get a protected lane and Grant circle will get buffered bike lanes. View the slides from the last public meeting here.

Over the past year, our Vision Zero team has been holding neighborhood workshops in each of the District’s eight Wards. We meet up with neighbors, commuters and community advocates to visit a dangerous intersection or two, then talk about what might make it safer. Out of those conversations, we put together a report card for each intersection. Here are our report cards so far. 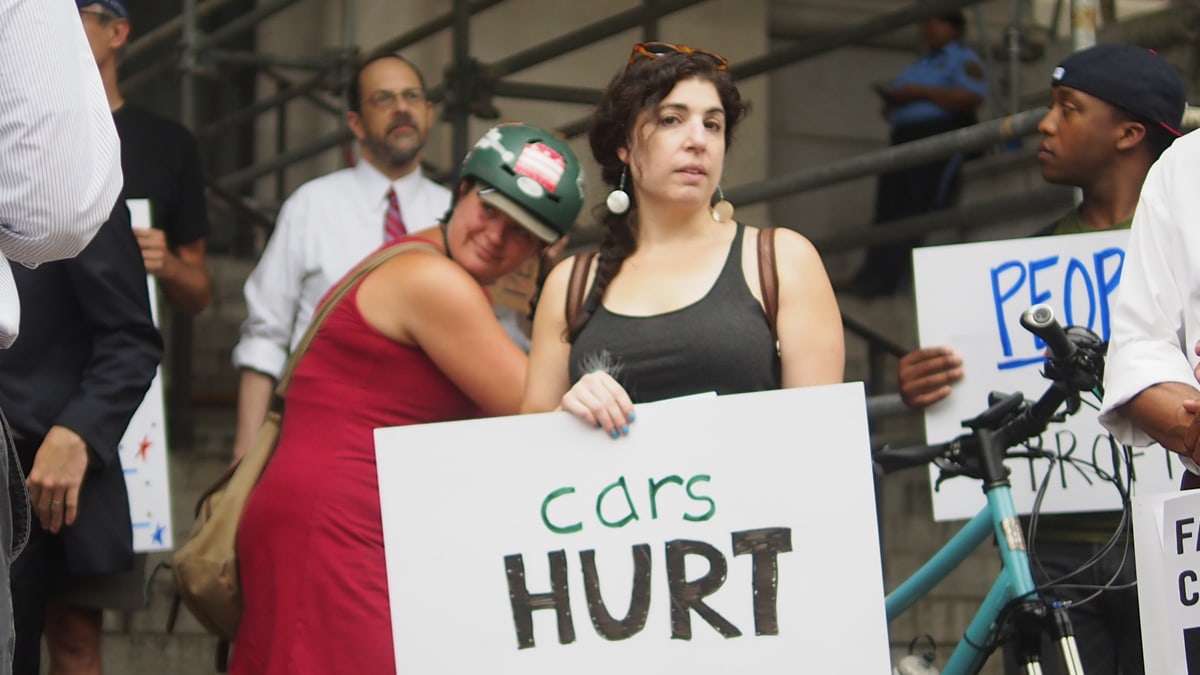 If you or a close relative have been harmed in a traffic crash, your story can be a compelling part of the public discourse that moves decision makers to action. Alexandria residents who have been personally harmed, or have a close family member who has been harmed or killed in a traffic crash, are coming together to form a local chapter of Families for Safe Streets,  a group first formed in New York City that has become a powerful voice for ending traffic deaths and serious injuries. Read more.

Wanted: Videos of the good, the bad and the ugly on Washington’s Roads.

Have you captured photos or video of road behavior that makes you cringe? Help make the experience of bicyclists and pedestrians easier to see and understand by posting it to our social media: #streetsforpeopleDC and tag @wabadc Read more.

Workshop: What to do after a bike crash

Cory Bilton from the Bilton Law Firm will discuss bike laws in DC, Maryland, and Virginia, and how to take care of yourself—physically and legally—if you are in a crash. August 10, 6:30-8:30, Takoma Park Library

Training: Be a better bicycling advocate

Every city transportation project has opportunities to make bicycling safer and more convenient. Come learn how to effectively engage in this process. August 30, 6-8pm, Shaw Library

Are you on your local WABA Action Committee?

All across the region great people are working to fix our streets to make biking safe and popular. They meet each month to share ideas and work together for better places to bike. Whether you’re looking for a fun group, a new cause, or a wonky policy discussion, our Action Committees have it covered. See what we’re doing in your community and join us for the next meeting.

WABA in the news

Cyclists are told to use crosswalks, but Maryland law left them unprotected  – Washington Post, June 10 What was once a ghost road becomes DC’s newest trail – WTOP, June 24 Biking advocates worry I-66 expansion project puts a bike trail too close to traffic – Washington Post, July 9 The Trolley Trail gap – a half mile can make a difference – Hyattsville Life & Times, July 15 Free repair clinic in bike-shop desert gets Anacostia cyclists back on their wheels – Washington Post, July 15 As DC Bike Party Turns Five, Cyclists Are Feeling Optimistic About the Future – DCist, July 18 A Bike Trail on a Highway? Cycling Advocates Ask Virginia To Reconsider Plan For I-66 Widening – WAMU, July 21 Montgomery County Used to Have the Stupidest Bike Lane in America. Now It’s Leading the DC Area in Cycling Infrastructure – Washingtonian, July 27 Thanks for reading! Your membership dollars directly fund our advocacy work.